Affected by the late start and short development time of China’s automobile industry, independent brands were trapped by problems such as low technical level and weak product reliability for a long time in the past and could not catch up with joint venture and foreign-funded brands in market competition. However, as major independent brands such as BYD, NIO, XPENG and ONE continue to increase R&D and make up for their technical shortcomings, they have the qualification to compete with international car enterprises in many fields and provide consumers with more choices. Since this year, the industrial chain of independent brand enterprises has been resilient, accelerated the resolution of the pressure of chip shortage, and actively expanded market share. The sales of several independent brand head car enterprises have significantly increased year-on-year. According to the data of the National Passenger Cars Association, in October 2021, the retail sales of independent brand cars were 770.000 units, up 4% year-on-year and 11% sequentially. [1]

In addition to bringing more diversified car purchase options to consumers with independent brand technology (Technical aspects of electric vehicle powertrain, battery and electric engine), the rapid development of China’s automobile industry chain has also made the domestic automobile market the most competitive market in the world. For example, Tesla, which aims to become the leader in the era of new energy vehicles, has made Tesla’s models produced in China become the most price competitive Tesla in the world through a high localization rate to quickly occupying the Chinese market.

China is the world’s largest market for new energy vehicles, and the government’s policies and support have given Tesla a lot of room for growth. From July 2018, Tesla signed an agreement with the Shanghai government to build a factory, which started construction in January 2019, and Tesla started trial production of vehicles in October. Since then, in order to open up more domestic market share, Tesla China has announced a price cut. The domestic price cut means that Tesla has found a supplier in China that it can work with for a long time, so compared to other imported brand cars, Tesla China’s prices are extremely competitive. The Time-Weekly is reporting that the starting price of the Tesla Model 3 entry version in the U.S. market is $44,990 (about 287,800 yuan. For reference, the first domestic version of Tesla’s entry-level Model 3 starts at 235,900 yuan – a price difference of more than 20% compared to the US market. [2] In addition to Tesla China, local car companies such as Azera, XPENG and ONE are also gradually establishing their dominance in the high-end car segment. This makes traditional international high-end car companies such as Mercedes-Benz, BMW and Audi need to re-examine the Chinese market and develop new market and product strategies.

BMW is working with Great Wall Motor to localise the production of MINI pure electric models, and by strengthening its cooperation with Brilliance Auto and establishing a power battery center in Shenyang, China. Mercedes-Benz has an independent production base for new energy vehicles in China, with plenty of room for self-operation and a partnership with the domestic battery giant CATL. Audi was the first to establish a joint venture brand in China, actively cooperating with the Volkswagen AG and FAW Group to rapidly localise in China. It can be seen that it is very important to find suitable suppliers and partners in China. 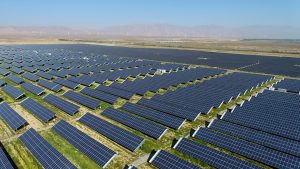