In order to solve the problems of power shortage and new energy development, four provinces and regions in China have launched large-scale wind power photovoltaic projects since mid-October.

According to the National Development and Reform Commission, these projects are situated in north China’s Inner Mongolia and northwest China’s Gansu, Qinghai and Ningxia, with an installed capacity of nearly 30 million KW. China will continue to promote the adjustment of industrial and energy structure, vigorously develop renewable energy, and accelerate the planning and construction of large-scale wind power photovoltaic base projects in deserts, e.g., Gobi and other desert areas.

The 2-million-kilowatt photovoltaic project of National Energy Group’s Ningxia Electric Power Company has officially started construction in Ningdong Energy and Chemical Industry Base in Ningxia. It is expected to save about 960.000 tons of standard coal and reduce carbon dioxide emissions by about 2.62 million tons per year once it is put into operation. [1]

It is estimated that within the next 10 years, the newly installed capacity of wind power and photovoltaic power generation in China may exceed 1 billion KW, which requires the effective support of large photovoltaic bases. 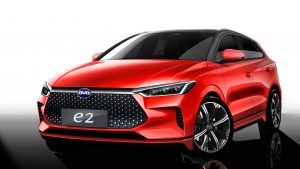 Chinas automobile industry and the accelerated rise of independent brands.